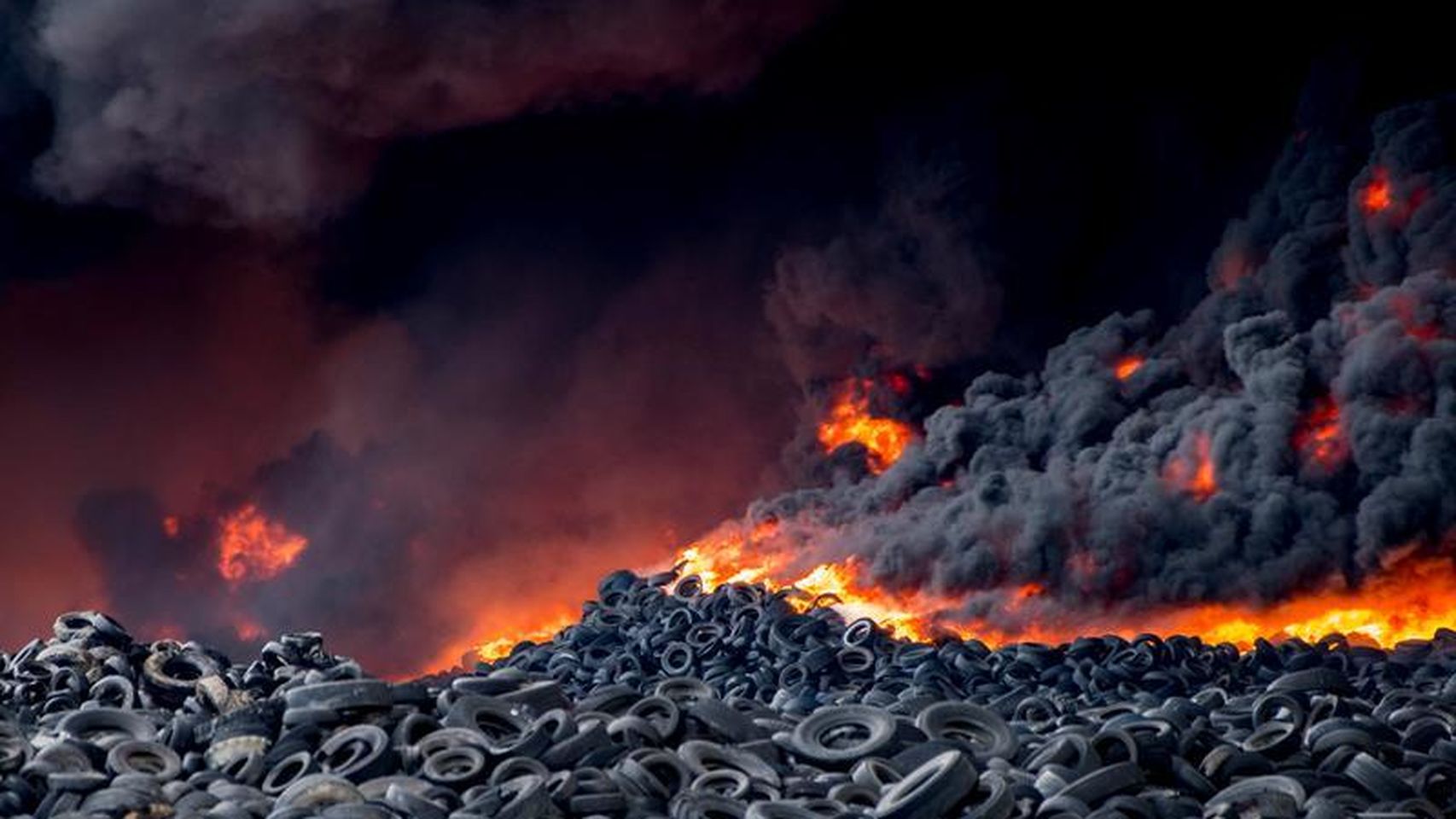 With the “End of Life Vehicles Directive” the European Commission looks to promote an environmentally friendly dismantling and recycling of vehicles and their components. Albeit metal parts and batteries are efficiently recovered and recycled, other components such as tyres are still a matter of concern.

The “Landfill Directive” banned the dumping of end of life tyres.
However, old landfill areas across Europe are estimated to still host 5.7 million tonnes of stockpiled tyres. Fire incidents in this kind of facilities are a threat to the environment and to human health. For instance, the biggest tyre dump in Europe located in Spain, with 11 hectares and 60,000 tons of tyres, caught fire in May 2016 forcing mass evacuation.

Tyres are composed of a range of high quality products, for this reason, the recycling and recovery of their materials and energy is not only a matter of environmental concern but also of economic interest.

Grinded in granulated or powder form, old tyres can potentially become a raw material for road asphalt, soundproofing panels, anti-seismic components or refined fuel. However, for technical reasons only a 17% of the total recovered tyres are actually recycled and re-used, and another 19% is incinerated for energy recovery.

Not only is the investment in tyres hardly recovered but, furthermore, the management of the 3.4 million tonnes of used tyres recovered each year has an estimated cost of 600 M €3. 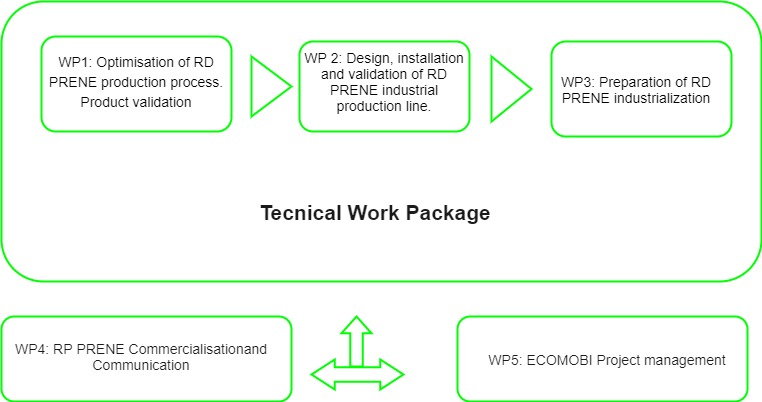 During WP1 the definitive production parameters and RD PRENE compound formulations will be validated at pilot scale. Tecnofilm will produce different RD PRENE formulations to be processed into PmB by our end users. The performance of RD PRENE modified bitumen will be evaluated and any needed changes or improvements of the process will be implemented.

One of Tecnofilm current SBS compound production lines will be adapted to fulfil RD PRENE requirements during WP2. The production process will be optimised and validated. By the end of the activities included in this work package, Tecnofilm will be ready to produce the product at the maximum production capacity / hour.

We will prepare the industrialisation of RD PRENE during WP3. We will produce the required internal and customer oriented documentation, implement the certification and quality control procedures and prepare the supply chain of RD PRENE.

WP4 includes all the commercialisation, communication and IPR activities that we will conduct during the whole duration of the project (24 months). These actions will ensure RD PRENE reaches its end users and prevent its unlawful replication. Additionally we will perform a LCA to prove RD PRENE superior environmental performance when compared to other bitumen modifiers.

Financial, legal, administrative, technical and commercial management activities, essential for the correct development of the ECOMOBI project will be included in the WP5 and carried out during its whole length.